This re-use and restoration conversion of an historic church in Toronto’s Leslieville
neighbourhood converted it into into 13 townhouse units with amenity space totalling 29,000 s.f.

We used the existing bays of the nave as the unit width, so that each unit is centred on its own gothic window. The choir became a special unit with its own rose window as did the Narthex above the entrance.

The church attic became the third storey master suites of the townhouse units through the addition of dormers and balconies.

We worked with the historic building division of the City to achieve a design solution which did not impair the original form and character of the church.

The church basement became part of the habitable unit areas wherever possible. Other basement areas became amenity spaces, including a shared wine cellar and oenophile club. 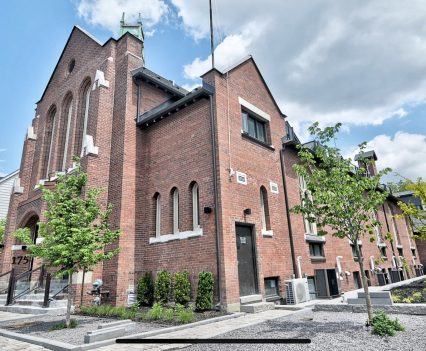 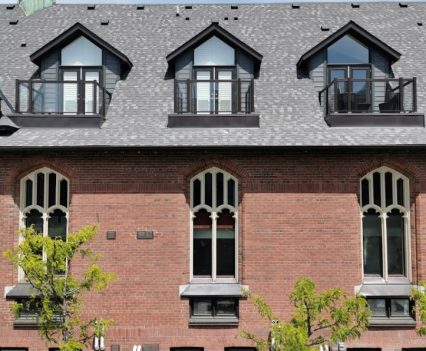 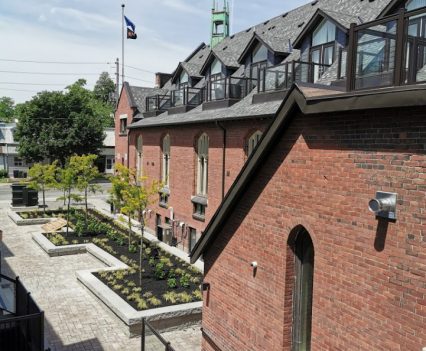 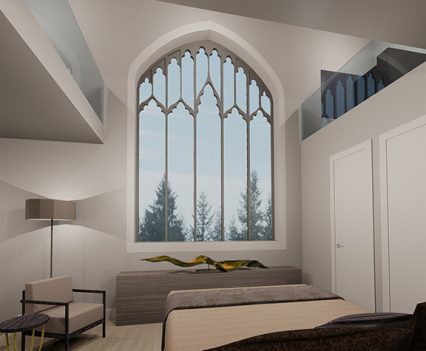 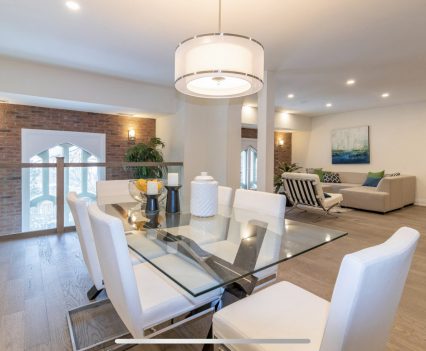 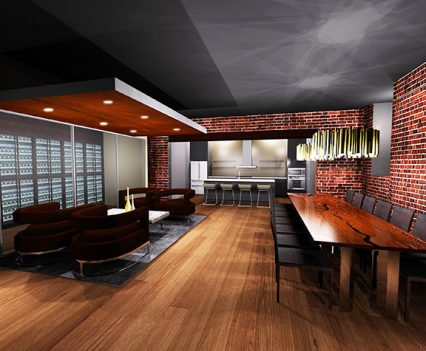 Bob Abrahams Architect Corp. is the Architect of Record.